With the Mi Smart Band 7, Xiaomi is relaunching what is probably the world’s most successful wearable ever in a new generation with a larger display and extended functions. In China, the Mi Band 7 will launch from the end of May for less than 40 euros.


As Xiaomi announced today, the new Xiaomi Mi Smart Band 7 will be launched in China from May 31, 2022. The new model comes with an OLED display that has now grown to a diagonal of 1.62 inches. The display should offer a total of around 25 percent more space and achieves an identically high pixel density of 326 pixels per inch. 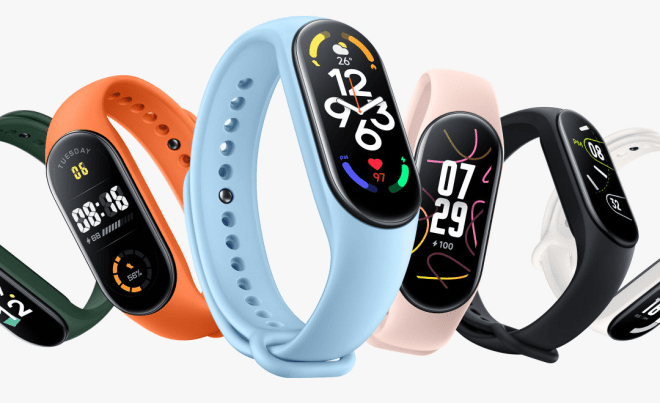 The battery of the Xiaomi Mi Band 7 is also growing and at 180mAh is now significantly larger than the power storage of the previous model, which offered only 125mAh. As before, in addition to the possibility of connecting the smartphone via Bluetooth 5.2, there are also some variants of the Mi Band that provide NFC support. However, an integrated GPS module is still missing here as well as an always-on display, so that the rumors that surfaced a few weeks ago have probably turned out to be wrong.

However, Xiaomi ultimately also specifies a maximum runtime of 14 days for the new Mi Band 7, which is identical to its predecessor. It can be operated by touch as before and should be waterproof up to 5 ATM in order to be able to wear it even when swimming, bathing or taking a shower.

In addition to the new display, Xiaomi has also reworked the user interface on its inexpensive fitness tracker and now uses new icons, new effects and promises improved data visualization. In addition, a large number of new watch faces are being introduced. A total of 100 new watch faces are to be available, which the user can also customize if necessary. 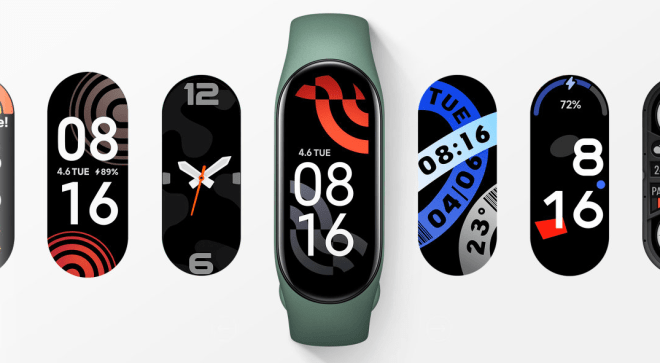 One of the most important innovations is the ability to monitor the oxygen saturation of the blood throughout the day. If the oxygen saturation drops below 90 percent, the bracelet alerts the user. The Mi Band 7 supports 120 different sports modes, covering both outdoor and indoor activities. The calorie consumption can also be recorded, whereby an analysis of the data in conjunction with the heart rate data is also possible to determine the efficiency in fat loss.

Xiaomi offers the Mi Smart Band 7 at prices starting at 249 yuan, which equates to just under 35 euros. If you want the NFC-enabled version, you have to put the equivalent of almost 42 euros on the table. In this country, prices are likely to be only slightly higher, although Xiaomi has not yet provided any information on international availability.